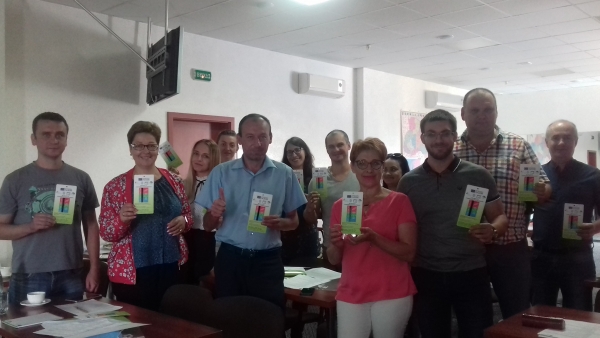 On August 13-14, a training session on the development of Sustainable Energy and Climate Action Plans (SECAP) was held in Myrhorod for Signatories with commitments until 2020, who decided to extend their commitments under the Covenant of Mayors until 2030 with new targets to reduce CO2 emissions by no less than 30% and including adaptation and energy poverty.

Within the framework of a two-day training, 12 representatives of Signatories from small, medium and large cities (Poltava, Kremenchuk, Kropyvnytskyi, Kyiv, Lubny, Cherkasy, Myrhorod, Slavutych, Nizhyn) received practical skills on the development of Sustainable Energy and Climate Action Plans, developed activities on mitigation of the effects of climate change, elimination of energy poverty and adaptation to climate change for their cities.